I’m thinking of putting a tablet on my Christmas wish list but am unsure what to go for. What should I consider?

A short while ago, tablet computers were chunky and clunky, devices that only geeks could get on with. 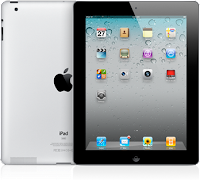 Apple’s first iPad, when introduced in April 2010, revolutionised the tablet market by demonstrating that what people really wanted was a sleek, thin and light device with useful battery life.  More importantly, users showed they were willing to sacrifice power and flexibility to get what the iPad had to offer.

A couple of years on and, in many cases, the competition has released many good alternative products which means there’s now a credible choice of tablets from a range of manufacturers. No longer can Apple just assume that the iPad will be every tablet buyers number 1 choice.

I’ll now attempt to categorise the multitude of tablets into logical groups:

Apple iPad – the original 10-inch tablet, which is now on its fourth generation with more than 100 million of them sold in less than three years. Staggering number!

Microsoft Surface – Microsoft are late entrants to the tablet party, but they’ve arrived with a product that could upset the market.  However, the first-generation models come with some compromises: The Surface has a cut-down version of Windows (Windows RT) that doesn’t run existing Windows desktop software, and a thin veneer of touch-enabled apps that vanish to reveal old Windows controls that are not very easy to control via a touch screen.  Windows 8 as a tablet operating system is work-in-progress, perhaps, but, in my opinion, needs to mature. The Surface Pro model does, at least, support the full range of Windows desktop apps.

Budget tablets – Google’s Android operating system, being free and open, has allowed hundreds of small vendors to develop and release their own tablets. These tablets are typically sold for under £100, appear to offer good value but with limited support and poor quality control they are a relatively high risk option unlikely to withstand much use and abuse.

The right option for you will depend on your budget and the intended use of the tablet.  Here are my top recommendations based on intended usage:

As a laptop alternative

If you’re looking for a tablet to use at home instead of a laptop, or if you need a device that lets you stay productive on the road, then the 9.7-inch iPad is probably the best choice.

The iPad’s excellent build quality combined with a vast selection of apps positions the iPad still quite a way ahead of the competition.

But which model to go for?  The third-generation iPad – confusingly named the “new iPad” – has been discontinued, leaving a choice between the older iPad 2 and the brand new fourth-generation model.

Size, weight and performance is very similar between the two models, so the choice is most likely going to be down to the screen. The iPad 2 has a pretty standard computer display while the fourth-gen model has an ultra-sharp screen, aka Retina, that packs in four times as many pixels.

If you have good eyesight, the difference is stunning – on the Retina display text and pictures that appear sharper and brighter than on a printed page – but those whose vision isn’t so sharp may not appreciate the higher definition in the retina display, so it’s worth testing both models in person before finalising your choice.

The entry-level storage on the iPad is 16GB which is enough for thousands of books, a couple of hundred audio albums or around six feature-length movies.  If you need more storage then the fourth-gen model is your only choice. And unfortunately the associated jump in price from iPad2 16Gb WiFi to iPad Retina 32Gb WiFi  is currently £150.

It’s an extra £100 to buy the cellular connectivity, either 3G or 4G depending on the model.  Making use of this mobile connectivity requires a suitable SIM card and contract (from around £7.50 per month).

Very occasional mobile users would be better served with the cheaper Wi-Fi only model.  These can be wirelessly ‘tethered’ to both iPhone and Android handset for mobile access, usually for around £2 per day but this is only paid on the days that you use it.

As a pocketable entertainment device

If you’re looking for a tablet for reading, watching video/movies or playing games and place a higher priority on portability then the new 7-inch tablets are likely to be more appealing.

There are loads of tablets available for sale starting at around £59.99. Personally, I wouldn't recommend any of the little known brands in this price range. Cheaper models tend to be low spec, unresponsive, don’t receive the latest software updates and, crucially, are often unable to access the content in the app marketplaces that transform a basic tablet into a useful device.

Instead, consider the Google Nexus 7 or Kindle Fire HD, both of which have entry level models with an almost identical specification priced at £159. 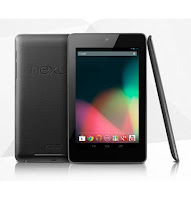 In fact the choice between these two is most likely going to come down to content.  If you’re already familiar with and like Amazon’s Kindle books, MP3 downloads or Amazon Prime then the Fire HD makes a lot of sense. If not, the slightly more flexible Nexus 7 will probably appeal more.